On September 14th 2017, England’s new £10 note was released with the first woman (besides the Queen) to have the high honor of being on a British banknote. The woman in question? None other than novelist Jane Austen. 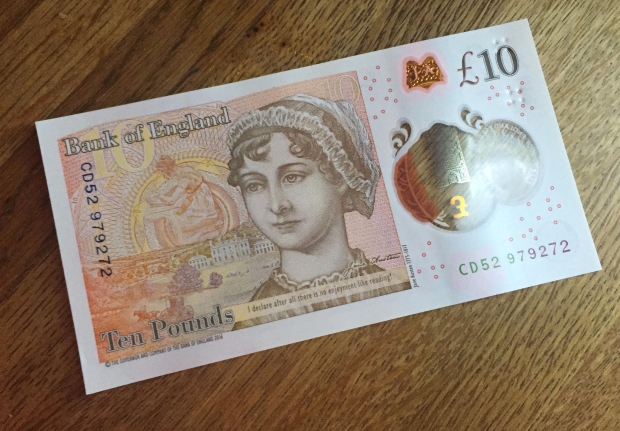 Even if you have no interest in the rest of this article, the one thing I would advise you do is CHECK THE SERIAL NUMBER.

You might have to get creative, but other notable dates would be the year of her death, and years that coincided with the release of her novels.

Now on to the controversial bits…..

The first controversy surrounding the note is the depiction of Austen.

The note is based on the only contemporary portrait painted of her, whose home is the National Portrait Gallery. The art on the note seems to be “airbrushed” because Jane Austen looks skinnier and has fewer wrinkles than the picture in question. 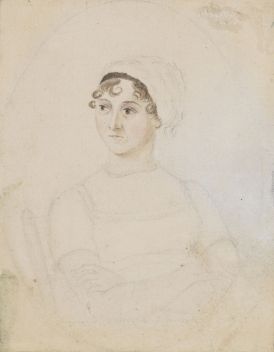 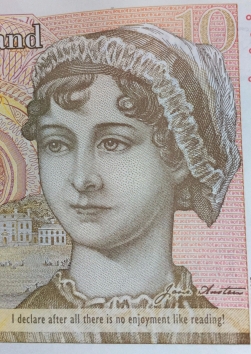 The note not only features a picture of Jane Austen, but also a quote.

“I declare after all there is no enjoyment like reading!”

The problem is this is said by a character that absolutely does not love reading.

If you’re like me and haven’t read Pride and Prejudice since high school, let me save you some sparknote’ing. Caroline Bingley says this as she pretends to read to attract the attention of Mr. Darcy. He is reading and she acts as an annoying fly, ensuring that no literature will be read.

Although the portrait is problematic, and the quote isn’t ideal, I am happy to see a female author receiving so much attention.