Just following up on part one of this blog, I’ve put together a list of books that I would recommend for reading twice… 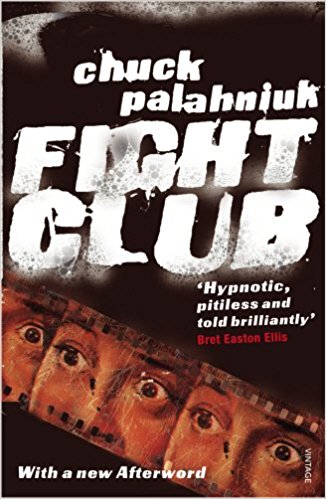 There are three layers of understanding in the pages of Fight Club (and it’s tough to write this without spoilers), the most obvious you pick up on the first time around, but to get to that third deeper level, which is say Marla’s perspective, you have to set you mind, and start over again.

To my mind, it’s almost like reading another book, and really makes you appreciate the subtly of the writing, in a book that is eponymously about people meeting up to fight with one-another

[Just a note here: I could also recommend reading ‘Invisible Monsters’, also by CP, twice; for very similar reasons. But the process is like a magic trick, and once your know the rabbit is coming, you’re always looking up the sleeve for it; so your choice, for reading twice, should be based on which book you read first, and I favour Fight Club as the superior read.]

Some books are stapled together, they don’t flow, they are just one copy and paste line on top of another, and accordingly are absolute shite. Catch-22 is not that style of book, it’s the absolute opposite; its woven together, by one of the master craftsmen, every thread is individually perfect and pretty by itself, but it only becomes truly beautiful when you look at it as a complete tapestry.

The funniest book ever written? – well, I wouldn’t know about that, but It’s probably the funniest book I’ve ever read, and it has become funnier with every rereading (I’m on four myself), there just always seems to be a great line I missed the time(s) before.

I think what marks Catch out as one of the best books ever written, is that the whole book is just one long joke – but it isn’t. It really isn’t.

3. The Lord of the Rings
by JRR Tolkien

The uninitiated are thinking, “but it’s so long”, right about now, and to them I say, “believe me, it isn’t” – and compared to most fantasy books that have followed in its footsteps, it really isn’t.

LOTR has to be read twice, simply because it is so short, lots and lots of minute details go unnoticed the first time you read it through; the quirks of language, the depth to the supporting cast (the characters you never knew existed – if you’ve only seen the movies); then there are the undying historical motivations that made Tolkien write in the style he did – there’s a lot to be learned, particularly the how to write.

The point is, there’s too much stuff in those pages, and the first time around you’re rightly focused on the elements central to the plot. If you take time to read the book again (which I appreciate is a daunting task, to those who don’t read particularly quickly) you realize how essential the previously unnoticed filler is, which will be what changes your feelings for the book from lust to love. 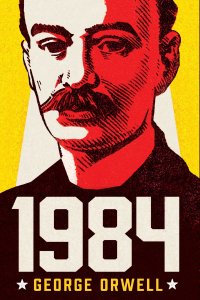 18 months ago, I don’t think I’d have included 1984 on a list of books you MUST read twice, not because it isn’t exceptional, which it undoubtedly is… but being exceptional isn’t my principal qualifying factor for making a list like this (if it was, then the list would be 50-100 books long).

Still, a week is a long time in politics, and the last 18 months, of Trump and Brexit, have just served to highlight a general swing to the extreme right, to attitudes in the English-speaking world.

Now is the time to read Eighty-Four again, just to be reminded of how bad things can get, and why our freedoms are worth fighting for (regardless of your political leanings). 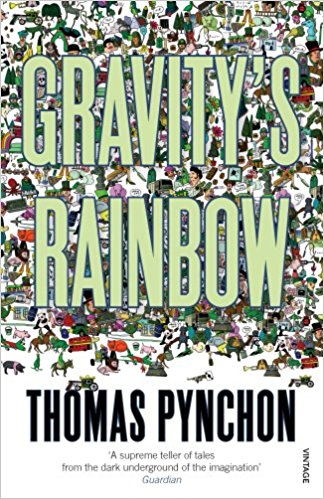 Look, here’s the deal; if you are going to read Gravity’s Rainbow once then, before you even start, you should be fully prepared for the fact that you probably going to need to read it twice – at least.

Hands up here; I’m not there yet, and can’t swear I’ll ever be. To finish it the first time was an act of sheer bloody-mindedness.

I’ve read a dozen reviews online, with people holding opinions similar to my own; the best review I came across simply read, “Gravity’s Rainbow, is a book about a man in Word War Two, who gets erections”.

I suspect that review was written by a person who read the book twice.

6. Harry Potter and the Half-Blood Prince
by JK Rowling

[Before going on, I must stress that this recommendation is entirely dependent on the second-time reader, having read all 7 Harry Potter books a least once]

How can I, as an experienced adult reader, possibly consider recommending a children’s book twice, to fellow bookworms? – well, quite obviously, ‘Harry Potter’ isn’t just any kids book; nor is JK Rowling just any children’s writer.

For me, HP6 is the highwater mark, it’s where the story of sevens books all comes together, is given its ultimate texture and focus, and steps beyond the levels of imagination you usually find in books aimed at younger readers – while still being completely accessible to them.

I’m trying to write this recommendation without filling it with spoilers, and the only way I can is by finishing it with a question; “at any point, did you ever consider the possibility that Albus Dumbledore could be wrong”?

And that’s quite enough from me, I could go on with more recommendations, most of which would be Fant-Sci books – simply because they more commonly have elements of pure imagination (languages, places, peoples, etc) within there plots, which can take a second look to get a grip on.

If anyone happens to read this, and has some personal suggestions for books worth rereading, please feel free to message me on twitter @LeopoldBroom @literatipulp – all suggestions are welcome.

3 thoughts on “6 Books Worth Reading a Second Time”