The recent announcement that yet another attempt to make Frank Herbert’s classic Dune into a movie made me think: “How long does Hollywood have to wait before giving my favorite novel another chance at the big screen?”

I mean, we’ve had three men put on the mask and play our friendly neighborhood Spider-man in just 15 years, how long before we have another Harry Potter?

Movies shape the way we look at books. I asked my Dad what actor was Fleming’s James Bond to him, and he said Sean Connery. While I do love the Scotsman, if I’m honest with myself Daniel Craig is the first face to pop in my head when thinking about 007.

It is hard to transition from page to screen, and while some films soar up high and outshine their book (I’m looking at you Fight Club), some simply fall flat on their face. 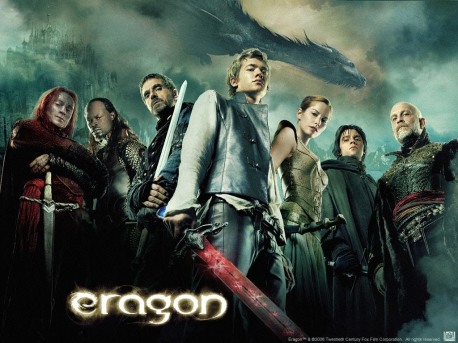 This is a movie people love to hate- and with good reason. With a 16% approval rating on Rotten Tomatoes it is no wonder the rest of Paolini’s series were not made into blockbusters. It hit the screen in 2006, a year before A Series of Unfortunate Events (which was rebooted earlier this year by Netflix), and I think it deserves a second chance.

Actor: Although he is already the face of the Maze Runner series- I cast Dylan O’Brien as Eragon.

Major Changes: Actually read the book before writing the screenplay.

While I didn’t approve of the deviation from the book, I do realize compromises need to be made when adapting a book to film. Like Eragon, the rest of the books in this series were not made into films because of box-office failure. Although it deals with some very controversial topics regarding the Church, I think this movie is primed for the ‘trilogy treatment’ Hollywood loves to give to young adult books.

Suggested Director/Writer: Josh Trank (Chronicle), although he failed with the Fantastic Four, I think he can bring the grit this movie needs. 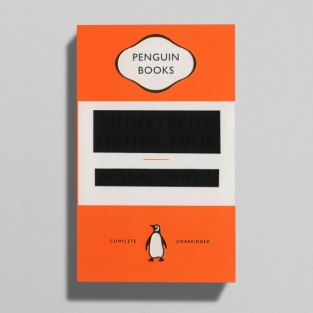 What better time to make this movie than the actually 1984 (which is when the John Hurt version was made)? In our age of screens, data, and political…ickyness… isn’t it about time this classic is reimagined and reinvented for the big screen? While 1984 is my choice for dystopian future, Brave New World could also do with another chance at the big screen.

Format: Straight up movie (although I’m sure a studio would try to do a sequel).

Major Changes: Some attempt to modernize it, but it has to be handled with care. 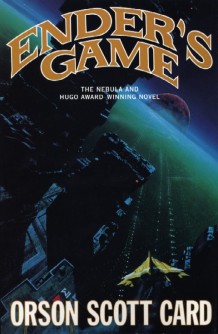 Yet another book on the list that could spark a hit series. The biggest mistake in this movie is the absence of Demosthenes and Locke from the movie. This alone would justify a remake of the book.

The passage of time is another big problem. The film simply progresses too fast – while Hollywood likes to unjustifiably break up books into two parts (Deathly Hallows, Mockingjay, etc.) this film would benefit from being broken up. Instead of two movies, however, I would propose an HBO or Netflix series. That way the passage of time could be seen over an extended period and more character development could take place.

This one might need to wait a few more years to really sell the reboot.

Both the 1980 BBC production and the 2005 film have their problems.

This could have been a great movie- it has a lot of things going for it (although the cast was not British enough for my liking) – it also has a lot of things wrong. In my humble opinion- it simply tried to do too much. It takes pieces from the four books in the trilogy and tries to cram it into the plot from the first book.

Don’t get me wrong, I do enjoy watching this movie on occasion, but I think in the right hands, this movie could be a box office smash. While the special effects are fantastic, it seems to be missing an essential ingredient that is at the soul of Douglas Adam’s books.

Suggested Director: After seeing the trailers for the Thor Ragnarok, Taika Waititi seems like a good fit.  He knows action, comedy and generally nuttiness that is essential to the Guide.

Actor: I don’t care as long as Martin Freeman and Stephen Fry somehow reprise their roles.

Major Changes: Make the cast British, and follow the plot from the books.

The Hobbit (and The Lord of the Rings)

Okay- hear me out on this one. I am a BIG fan of Jackson’s Lord of the Rings. What I am not a fan of is the Hobbit being made into a trilogy. The Fellowship came out in 2001- over 15 years ago. I am interested in how another director and creative team would bring Middle Earth to life.

Jackson and his art department did a fantastic job adapting the books to screen – but there are so many ways it could be done (and Old Man Willow is my favorite character).

By making the Hobbit first, a director could be more true to the books, and make it into a single movie that the Lord of the Rings build off of.

Viggo Mortensen will always be Aragorn to me, but who what face will be the first to pop in the next generation’s head when they think of the King of Gondor?

Suggested Director: Although it will never happen, I would enjoy seeing what Guillermo Del Toro would have done.

Actor: Follow Jackson and get a team of relatively unknown actors for the core Fellowship.

Major Changes: Let the artists create the world in their own image.

4 thoughts on “6 Books That Should Be Made Into A Movie, Again”