Thrillers don’t necessarily have to be the best books ever written, they just need to be …well, thrilling. And with that in mind here’s a list of some of the better ones out there.

1 – Angels and Demons by Dan Brown

Once upon a time there was an author, much like many others, who wrote fast paced thrillers; then the whole world went totally wonko about this book he wrote.

BUT before that he wrote Angels and Demons, and I have no problem putting my hand up and saying it’s a good read. You’ve got an unlikely hero, battling again a forgotten cult – confronting the question, is there a God? How’s that for blockbuster!

I’m recommending it because it keeps you guessing and, in Langdon, you have a character you can secretly substitute yourself for in your minds eye (and who doesn’t secretly want save the day?).

“What the hell is Thomas Pynchon doing on a crime thriller list” – Yes, I heard that and you’re right, T.P. is about as accessible as a bank vault most of the time BUT Inherent is the exception.

‘Detective’ Doc Sportello makes this novel, and I mean that literally. He’s constantly getting stoned and losing his train of thought, yes the supporting cast come and play their part but ‘Doc’ makes the book. All the mystery and thrill in novel is generated by his perception of the events as they unfold. It really is wonderful writing. 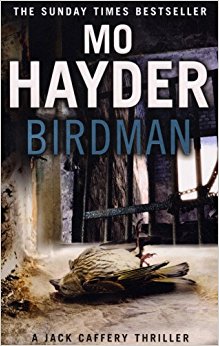 Are you one of those people who thinks women can’t write sick, gruesome, and twisted novels? Well you need to go out and buy yourself a copy of Birdman.

It’s more than just shocking though, it’s an adventure; albeit one that takes you to the darkest of places. I picked this up expecting it to be nothing more than an afternoon scan but the plot really dragged me in, surprising the hell out of me, and was even good enough to bring me back to Mo Hayder’s several more times over the years.

4 – Sphere of Influence by Kyle Mills

I often wonder what happened to Kyle Mills, for my money he had the knack of writing a good 384page yarn, with a central character in Mark Beamon who had all the traits (tenacious, resenting authority, borderline alcoholic) to really run into an extended series.

Sphere was my favourite book; an international organised crime shadow is consolidating his global empires with help from the afore mentioned FBI agent; united in a common purpose against the dastardly Al-Qaeda and the even more despicable CIA.

The plot doesn’t push any boundaries, but what it does it does really well.

I picked this book up cheap, having never heard of it or the author. Honesty, I wasn’t expecting too much and was pleasantly surprised by how good the story of Evan Smoak was.

The trick to it is that there’s no messing around with a back story. Oh sure, you get the obligatory background but it’s kept very brief, which gives you more time to get stuck into the meat of the story; that of a reformed killer with a conscience, who’s trying to stick up for the weak in the world – by killing people (as can only make sense in the fictional world of thrillers). 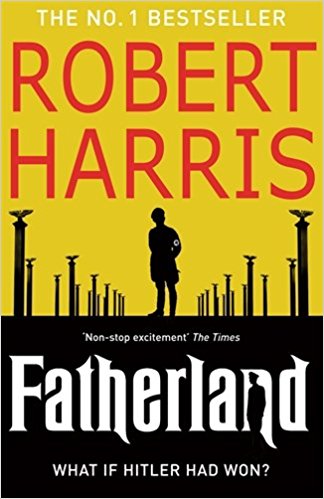 What if the Nazi’s had won the war? Would the world have become such a different place, if so how and, more importantly, why.

R.H. is a real master of historical fiction (usually an expression that would have me washing my mouth out with soap and water) because he genuinely applies himself to the details, while never losing sight of the fact that he is still writing fiction.

And if you need to have a good twist (or several) to be considered a good thriller; then this book has the Muhammad Ali rope-a-dope of a twist waiting there to sucker you in. It’s one of those books that you feel the need to talk to people about afterwards – probably because you wished you’d had the idea first.

7 – The Day of the Jackal by Frederick Forsyth

F.F. seems to have become a bit of a forgotten man on the high street shelfs, but I’ll ask you this – how many novels have given their name to a terrorist? (that’s right FF came up with the name, which was later attached as the moniker of Ilyich Ramirez Sanchez, or ‘Carlos the Jackal’)

The plot to Day… has dated it’s true, I’m guessing most modern thriller readers wouldn’t have even heard of Charles De Gaulle, let alone have the first clue why people would want to kill him.

Still none of that takes away from the fact this a great piece of story telling, that engages you from the first page until the last.

You’ve heard of The Silence of the Lambs, but have you heard of Black Sunday? Because you really should… without a doubt my favourite T.H. novel, built on another cornerstone of the thriller world; that ambiguity between good and bad, right and wrong.

Another older book but with a plot that still reads surprisingly fresh (due in no small part to the shape of our modern world and what we have come to believe the word terrorist to mean).

In short, the Mossad discover a terrorist plot against the United States of America, one which only they are truly taking seriously …a threat they have no compunction about taking serious steps to prevent.

The plot is tried and tested now (to the point of overkill) but back in the 70s when Black was first published it was way ahead of the curve.