Hey everyone! For Halloween Literatipulp has had a bit of blitz, visiting the grave sites of some of the famous writers interred near us.

As I’m sure is obvious, if you’ve read my blog before (and by the title, if you’ve not) I live in Dublin and it turns out there’s three major sites in my locality, where some unquestionably great writers happen to be buried.

I walked up to Glasnevin (it’s about 30 mins from my house FYI – I actually have friends buried there) with the best of literary intentions. My plan – to go there and take lots of pictures of all the famous memorials, graves and headstones…

BUT… the place is beyond huge. Seriously it’s massive, especially when you consider that it’s a walled inner city cemetery (see also: historical/tourist attraction). Long story short, I couldn’t find a single name on my list, so instead I spent a very pleasant early afternoon looking at the changing shapes of graves throughout the last few dozen decades (I’m a total geek – I try to learn from every experience).

Particularly prominent at Glasnevin are the tributes to the men and women who died in the struggle for Irish Independence; especially so this year, as it is the centenary of the 1916 Rising. Many of the most revered buried here were great writers, guilty above all else of thought crime, who used the power of their words in lieu bombs or bullets… “Any damn fool can pull a trigger”, but it takes a great mind to fight for a cause without having too. 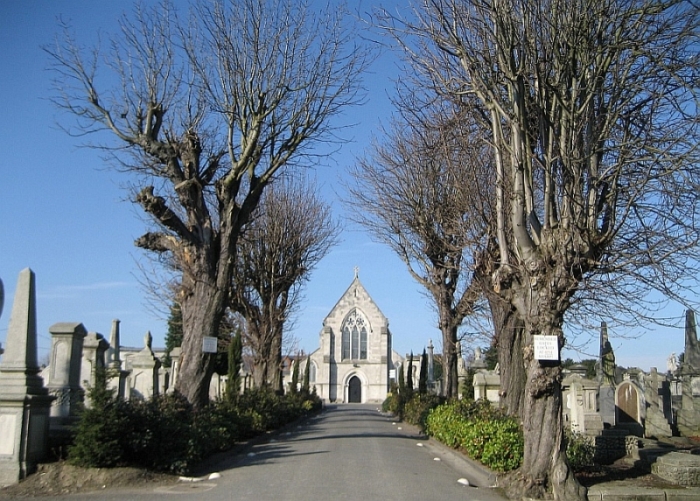 I’m an atheist, God’s have their place in this world, faiths do not – that’s my opinion – However, I would never dispute the beauty of the things built and created in their name; Churches, Mosques, Synagogues, Ziggurats… etc.

I arrived in the dying sun of the afternoon and instantly felt connected with all those buried there. The place feels like a real cemetery, and while there are famous people buried there, Mount Jerome is no tourist attraction – it is a monument to undying love; as all cemeteries surely should be.

I arrived late in the day, actually finding the tombstone I was looking for, and it was well worth the bus journey (…and the second bus ride…and getting completely lost…and some mild breaking + entering…) to visit a part of Dublin I’d never seen before.

Of the three major grave sites in Dublin, this was the one I wanted to visit the most, being the home of one of my personal idols – Flann O’Brien (Brian O’Nolan).

I like to write (for good or ill) and when I do it’s in imitation of this great man. Simply, I love the way he used words and his skill was at near unparalleled levels. His writings taught me that the only fixed point in perception is the one on which you stand… Truly, there is no reason why a bicycle could not commit murder in the first degree.

Dermot Morgan aka Father Ted Crilly, who passed away years before his time, is also buried at Deansgrange. If you’ve not seen ‘Father Ted’ you are the poorer for it. The show is bloody hilarious, simply superb sitcom writing, and the benchmark to which all Irish comedies will be held forever more.

You’ll have noted I said “Was” going to visit… I’m a bloody fool (I once got lost in a nightclub toilet – don’t ask) and got so lost trying to find my way there (I’ve lived in Dublin a decade FFS) that I arrived too late to get in. Who knew graveyards had a closing time? … well, not me… I’m a bloody fool.

I’ll visit someday, though, and tip my hat to two men who’ve giving me so much joy.