Have you ever read Shantaram by Gregory David Roberts? I have…but I nearly didn’t

A friend of mine from the States had been encouraging me to read it for some time and I, for one reason or another, just hadn’t gotten around to it (I’m just going to cut here; I’m a real swine for this… in my defence, I keep a fairly long list, but still…). 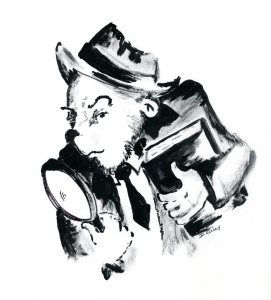 I’ve been on the other side; all bookworms know the feeling… you really want someone to read a book because you know they’ll like it (…with the seldom played B-Side being, that you really liked it and want some gosh darn third party acknowledgement of the fact it’s a good read…). They keep saying, “yes, yes… tis on the list”, “blah blah blah”, or, “I promise I’ll get around to it as soon as my baby stops teething”… you know, unreasonable excuses like that.

Until finally, you’re like; they’re getting it, even if I have to buy it for them myself!

Then all you have to do is wait for your window of opportunity… because everyone knows it’s just weird sending someone 400-500 pages of literature for no reason at all. A stuffed teddy? – absolutely fine.

A complex novel about personal discovery and the Indian / Bombay criminal underworld, set against a backdrop of the 1980s?… well, you can’t just give that to a boy/girl because you think they’re a hottie.

There’s nothing about giving somebody 20 hours of hardcore reading that says, “I wanna sex you up” (…or whatever the cool kids actually say these days…). It’s more, ‘read this – improve your life – then come back to me – make notes – there will be a test’.

The suitable excuse on this occasion was my birthday, the package was mailed and not received at my address.

I live in Dublin Ireland, on a road with literally three No:35s. We don’t have anything here as widely outlandish as Post/Zip codes here. No, that would be insane… so my house is the number thirty-five with the red door.

To point; I’m lucky if takeaway arrives at my door warm. For packages, I get the bus across town to the parcel collection office… I’m not writing social commentary, I’m talking about books… so long story short… on my way back from picking up my present, somebody stole the sealed brown package from my satchel.

Why would somebody steal a book from my bag?

That was the question that kept repeating itself in my head (…well, once the swearing and cursing had subsided to a more sociable level…), why would someone steal my book… it was basically worthless.

Well not “worthless” worthless of course, every book I’ve ever read has given me something… but rarely, if ever, has the book itself been exchangeable for money, alcohol or drugs… even Dublin’s pickpockets aren’t famed for the scope of their reading.

Why the feck would someone steal my book?