Two roads diverged in a yellow wood, and so did the understanding of this poem.

I can’t help but smile when I see “I took the road less traveled” on garden stones, refrigerator magnets, and office coffee mugs because it is perhaps the most misunderstood piece of poetry. 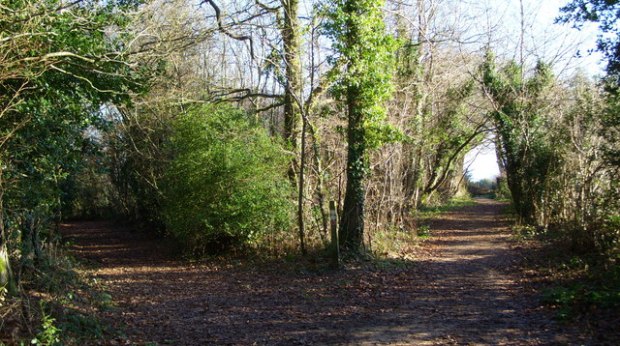 The modern, ubiquitous concept of the Robert Frost poem, ‘The Road Not Taken’ is that it is about doing something different with your life, being a trailblazer, going the path that few have gone before.

When in actuality the poem is about prescribing meaning to an insignificant action and later claiming reason to a choice that was essentially arbitrary.

Q: Why did you move to Chicago?
You: Well, I thought the city would open opportunities and expand my cultural awareness.
ACTUAL REASON: I knew someone there that had a couch.

Q: Why did you go to the University of Minnesota?
You: They have an excellent biology program and I wanted to gain a deeper understanding indigenous plants in Bermuda.
ACTUAL REASON: The campus tour guide was hot and it wasn’t too far away from my home.

There were two roads and both were pretty much similar. One perhaps looked more traveled, but really it had the same amount of wear to it. I wanted to go both ways, but I couldn’t because of time. So I just went left. But years from now, when people ask me why I took that road I am going to LIE to them and say it was the road less traveled and that has made the difference.

Let’s take a look at the text:

The Road Not Taken
by Robert Frost

Two roads diverged in a yellow wood,
And sorry I could not travel both
And be one traveler, long I stood
And looked down one as far as I could
To where it bent in the undergrowth;

Then took the other, as just as fair,
And having perhaps the better claim,
Because it was grassy and wanted wear;
Though as for that the passing there
Had worn them really about the same,

And both that morning equally lay
In leaves no step had trodden black.
Oh, I kept the first for another day!
Yet knowing how way leads on to way,
I doubted if I should ever come back.

I shall be telling this with a sigh
Somewhere ages and ages hence:
Two roads diverged in a wood, and I—
I took the one less traveled by,
And that has made all the difference.

What a brilliant concept to be captured in a poem! Because we ALL do it. We all claim reason to an action years later because we want it to seem well thought-out (perhaps, we even lie to ourselves the reasons for actions that got us where we are today).

If you need further evidence, look at the title of the poem. ‘The Road Not Taken.’ He’s still thinking about that road! Still thinking about what might have happened if he chose differently, but he didn’t so now he lies about why the road he took was superior.

[And more irony, even the title of the poem is generally confused. People think it’s called ‘The Road Less Travelled.’ My evidence? Google.]

So now you know the meaning less known, and I hope it has made all the difference.