“One could mention many lovable traits in Smee. For instance, after killing, it was his spectacles he wiped instead of his weapon.”
― J.M. Barrie, Peter Pan

“It’s better to swim in the sea below
Than to swing in the air and feed the crow,
Says jolly Ned Teach of Bristol.”
― Benjamin Franklin 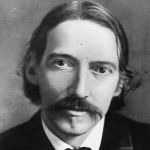 “I’m cap’n here by ‘lection. I’m cap’n here because I’m the best man by a long sea-mile. You won’t fight, as gentlemen o’ fortune should; then, by thunder, you’ll obey, and you may lay to it! I like that boy, now; I never seen a better boy than that. He’s more a man than any pair of rats of you in this here house, and what I say is this: let me see him that’ll lay a hand on him–that’s what I say, and you may lay to it.”
― Robert Louis Stevenson, Treasure Island 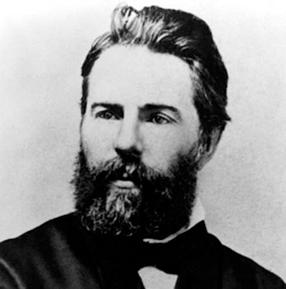 “Thou hast been where bell or diver never went; hast slept by many a sailor’s side, where sleepless mothers would give their lives to lay them down. Thou saw’st the locked lovers when leaping from their flaming ship; heart to heart they sank beneath the exulting wave; true to each other, when heaven seemed false to them. Thou saw’st the murdered mate when tossed by pirates from the midnight deck; for hours he fell into the deeper midnight of the insatiate maw; and his murderers still sailed on unharmed—while swift lightnings shivered the neighboring ship that would have borne a righteous husband to outstretched, longing arms. O head! thou hast seen enough to split the planets and make an infidel of Abraham, and not one syllable is thine!”
― Herman Melville, Moby Dick