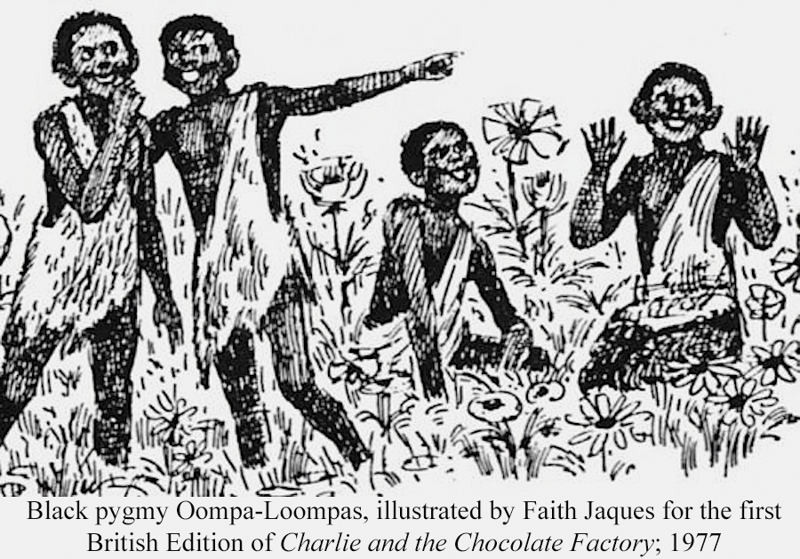 The Oompa-Loompas were originally black slaves.

In the original book Charlie and the Chocolate Factory by Rohl Dahl, Wonka got his workers from “the very deepest and darkest part of the African jungle where no white man had been before.”  The slaves were very happy with their new work and lived on a diet of chocolate.

Even though the book was published in the United States 1964, it wasn’t until 1972 when American writer Eleanor Cameron wrote about the racist attributes of the story.  After much debate between Cameron and Dahl, Dahl’s publisher decided that, “To those growing up in a racially mixed society, the Oompa–Loompas were no longer acceptable as originally written. The following year, to accompany its new sequel, Charlie and the Great Glass Elevator, a revised edition of Charlie and the Chocolate Factory appeared, in which the Oompa–Loompas had become dwarfish hippies with long ‘golden–brown hair’ and ‘rosy–white’ skin.”